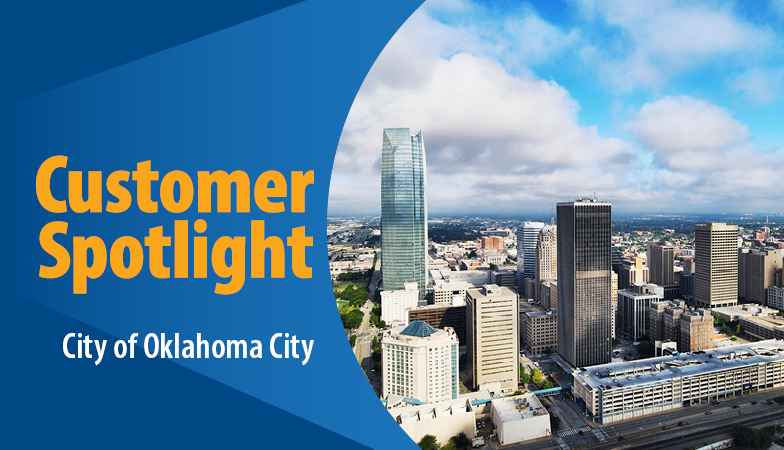 Of the 50,000 settlers who participated in the April 22 Land Run of 1889 (as portrayed in the 1992 epic movie, Far and Away), 5,000 claimed the land that we would later be called the City of Oklahoma City (COC). Now a major metropolis, though modest by today’s standards given its population of 680,000, its growth has likely been due to a low cost of living and the fact that the COC ranks in the top 10 friendliest cities in the U.S. Best things to do? Sniff out the Myriad Botanical Gardens, enjoy a night out in historic Bricktown, check out the wildlife at the Oklahoma City Zoo, or take a swing at the National Softball Hall of Fame.

In our Customer Spotlight for July 2022, I had the pleasure of interviewing Eric Nazim, Manager of Print and Mail Services, the in-plant for the COC. Initially hired by the city seven years ago as one of two videographers, when budget cuts forced staffing reductions Nazim was asked to manage the in-plant. While administration apparently had faith and confidence in his abilities to lead, he was somewhat wary at the time. However, with his college desktop printing experience, Nazim decided to jump in and took on the position. Now, five years later, Nazim successfully runs a lean crew of 2 FT production employees (including himself) and 2 PT mail center employees who serve all the municipal departments for the COC.

Prior to Nazim taking over the reins, in-plant orders were submitted via email using EFI’s Printsmith for bookkeeping purposes. Because the previous management had purchased Print Shop Pro®(PSP) but hadn’t yet completed its implementation, the first thing that Nazim was charged to do was to complete that process. Nazim remarked, “while it was not easy, PSP made the implementation process logical and intuitive.”

The COC in-plant is 100% digital with toner-based printers, WF, and mailroom equipment. Currently, total impressions per year averages 4 to 5 million but Nazim has a post-pandemic goal of reaching and maintaining 6.1 million impressions annually with an average of 300 jobs per month.

Under Nazim’s leadership, the in-plant is now fully implemented with a variety of W2P categories in Webdesk and multiple on-demand printed products in Store Orders. One of the categories in Webdesk is an “I need help” order form where customers can attach files and input their order specifications that do not conform to standard order types. Nazim creates new categories when he finds similar size or specifications common throughout custom orders in order to capture the most popular print requests.

Nazim estimates he has around 800 to 900 active PSP customers placing online orders through PSP Webdesk. Toner-based color printing makes up roughly 2/3 of monthly print sales with the remainder coming from BW and WF printing. Nazim tracks monthly sales, impressions, and total job turnaround time through PSP Reports and Active Orders Summary. The PSP data is entered into an Excel spreadsheet where over 40 separate production and revenue metrics are compiled and tracked. This impressive data collection system enables Nazim to report valuable metrics to his administration such as print sales by type and job completion by number of days… data that provides evidence of the health of the in-plant.

The on-demand products offered through Store Orders include department envelopes, forms, and a coil-bound employee directory. Nazim took over the publishing duties for the directory to keep it up to date and to ensure that a printed version will be available to city staff.

The W2P features had a major impact on in-plant workflow. Nazim commented, “It took a while to train users to shift from emailing orders to submitting work online. With the implementation of this submission process mistakes are largely eliminated as customers can see what they are submitting.” Nazim relies on PSP to “lead from results” by analyzing data derived from PSP reports.

“Nazim said the best feature of PSP, and the one his customers really like, is the ability to easily reorder jobs in Webdesk. A close second is the PSP customized chargeback Excel export report which cuts his monthly billing processing from 48 hours to just under 4 hours. Due to the many benefits PSP has added to his own shop, he highly recommends it to other in-plants.”

Funded entirely by sales tax, the in-plant’s budget is directly tied to tourism and the overall economic health of the COC. Because equipment is purchased in seven-year cycles, any budget cuts must come from reducing payroll. As such, maintaining staffing levels is one of the greatest challenges for Nazim. Prior to the pandemic, Nazim had three FT production employees. His long-term goal is to reinstate the lost FT position for wide-format (WF) and print production with revenue generated from WF sales. Another staffing goal is to hire a FT graphic designer as graphic design services are currently provided by another city department.

In further speaking with Nazim about his journey into his current role, he shared details of past mentors that have influenced him along the way.  The mentor who encouraged Nazim the most was the manager of the audio-visual department where he worked in college.  Nazim recalled this former manager was one who provided opportunities and encouraged his staff not to be afraid to try or to learn new things. This management style proved a particularly valuable lesson for Nazim as he elaborated that, “his encouragement enabled me to try new things – like run a print shop.”

As with his mentor, Nazim’s aims to be supportive, patient, and encourage his staff to learn new things. Nazim believes, “It’s ok to fail; not only is it ok, but it could be a good thing since we often learn more from failure than success.” Conversely, he adds, “you also cannot yell at, belittle, or restrict opportunities for employees so that they will not feel trapped in their job.” One specific example of how Nazim provides his employees growth opportunities is by offering them Fiery certifications for those who choose to participate.

Outside of work, Nazim and his wife of 12 years, are ranked tennis players in the United States Tennis Association (USTA). Although he played for most of his life, he finally began playing competitively at 40, participating in weekly USTA singles and mixed doubles matches. His favorite tennis players are Roger Federer and John McEnroe.

Nazim’s favorite food is sushi. When asked what his favorite mantra is to live by, he calmly responded, “Relax. Why waste energy getting upset? If you’re not having fun something is wrong! Do not sweat the small stuff.”

Aside from his successful PSP implementation, other lessons we can glean from Nazim and the COC in-plant are to leverage data that PSP provides to manage strategically and to “lead from results,” skillsets that are highly relevant for the post-pandemic in-plant manager. 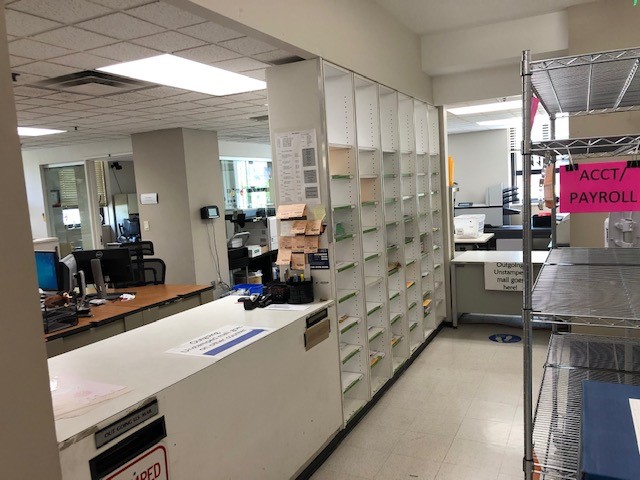 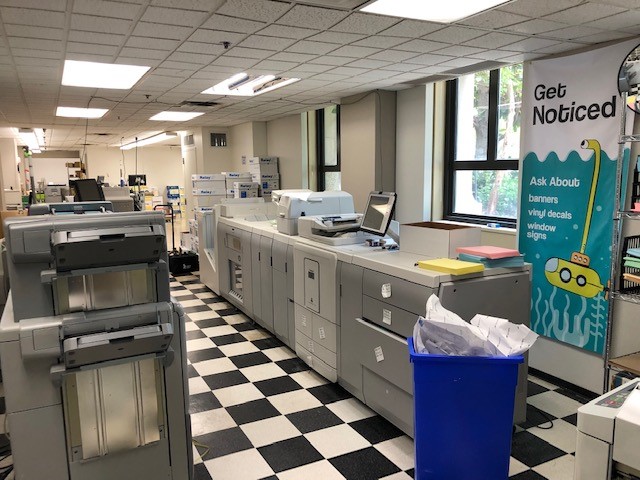 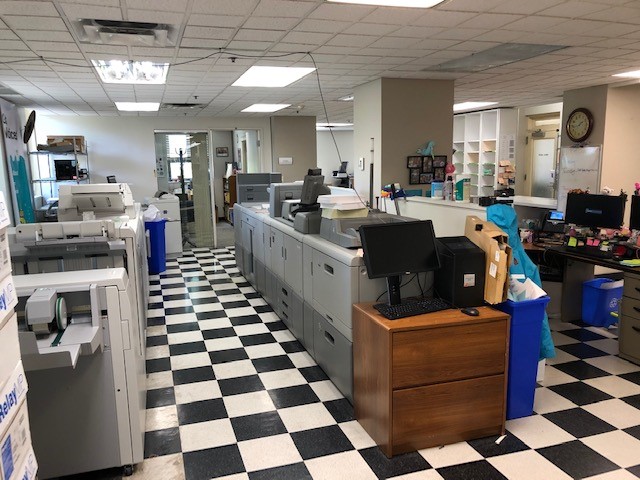 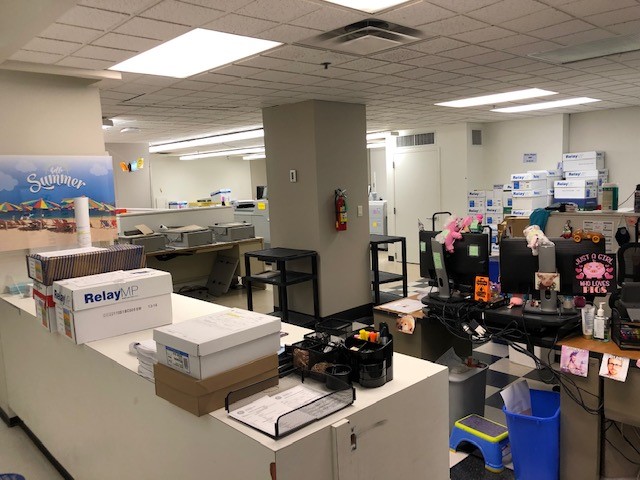