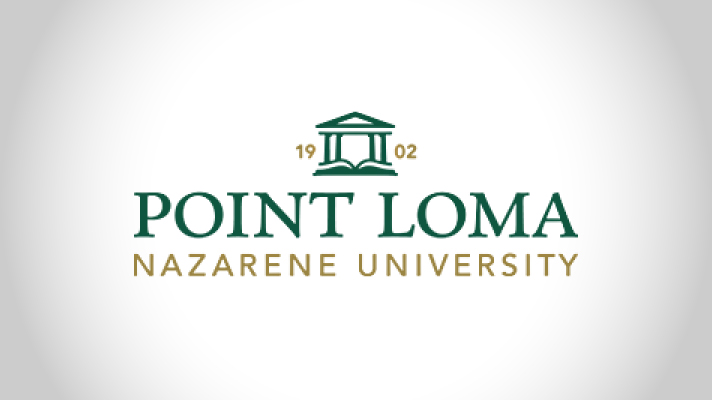 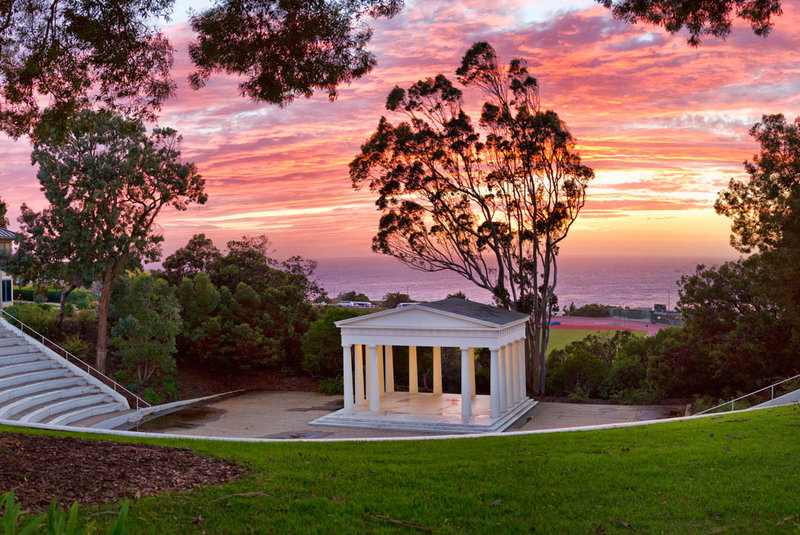 Point Loma Nazarene University (PLNU) sits on the western edge of San Diego’s Point Loma peninsula, with a view of the Pacific Ocean as far as the eye can see.

Point Loma was the landing place of the first European expedition to come ashore in present-day California. The peninsula has been described as “where California began”. Today, in addition to the university, it houses two major military bases, a national cemetery, a national monument, as well as residential and commercial areas.

PLNU is a Christian liberal arts college. It was founded in 1902 by several female laypersons in the Church of the Nazarene. The institution they envisioned was “a simple Bible college” to train ministerial and lay leadership for the newly established Nazarene denomination. Originally named Pacific Bible College, it became one of the first three “official” educational institutions affiliated with the Church of the Nazarene in 1908. Over the next 80 years it went through several name changes, and in 1998, became Point Loma Nazarene University.

Known for being forward-thinking, PLNU considers academics, faith and community to all be vital. Students benefit from this balanced approach to education and leave PLNU prepared to think, act and contribute to the world. In addition to more than 60 undergraduate areas of study, PLNU offers graduate program regional centers throughout Southern California. PLNU serves more than 3,500 students.

Christina Holt has been with PLNU for approximately 8 years, and has been the Mail Services and Reprographics Manager for the past 6-plus years. The PLNU in-plant print operation serves the university’s 66 departments and approximately 2,600 undergraduates. Print jobs are either charged to budget account numbers or handled as cash transactions. Since implementing Print Shop Pro® (PSP) less than a year ago, they have achieved 100% online order submission through PSP Webdesk.

“Prior to implementing PSP, customers would fill out a paper print request form that was either sent via email or hand delivered. The print staff had to enter all jobs into their in-house system, which was time consuming and offered them no audit trail.” Christina shared, “If something was lost, it was gone for good.”

Once the decision was made to look into a print  management software solution, Christina put together her “wish list” of key objectives. The software would have to provide an audit trail, track charges against departmental budget codes and streamline management of the charge back process through their Jenzabar Workday accounting program. And, lastly, the software had to have the capability to manage both print and mail operations.

The initial investigation into print management software was conducted by the IT department. IT’s efforts ultimately resulted in receiving a referral from an affiliated university, Northwest Nazarene University in Idaho. They had been using PSP for approximately five years. The IT department reached out to edu Business Solutions and, following a couple of conversations, made arrangements for an on-site demonstration of PSP. Following the initial demo with IT, a second demonstration was provided to include Christina. Christina shared that she and her team were pleased with edu’s responsiveness to their inquiries and needs. She was especially impressed that the owner came to visit them.

Christina recalled one of the main differences that led to them choosing PSP was that it was the only software they found that met all of their key objectives, including—with the recent release of the new PSP Mail Module—managing both their print and mail operation.

Being the manager of both the print and mail operations, Christina was a logical choice to champion the print management software project. She worked with edu’s technical support and training staff through the different phases of installation, configuration, training and launch of PSP.

Being located near edu’s downtown San Diego offices gave PLNU a definite advantage. Chuck Baily, edu’s trainer, was able to come on-site a couple times to provide training for the print staff. He was also able to provide a one-on-one session for Christina to help with the backend configuration and “the fine tuning” of their PSP system.

Having made their purchase in late June, Christina had a busy summer gathering the data and populating the pre-installation spreadsheet for import into PSP. She was able to successfully complete the implementation and rollout to all their customers by November 1st.

While the initial introduction of PSP to their customers was met with some resistance, once their customers were walked through the process, they made comments like, “Oh, this is easy.” Christina went on to comment that, “everyone has been happy with the new software.”

On the print operation side, customers are able to
view and pull reports of all their charges online. This has proven to be a fantastic time saving benefit to Christina. She is no longer tasked with sending out monthly statements to customers. From the customer side, Christina made note that “having online access to the history of previous orders and the ability to duplicate past orders for reprinting is a huge benefit.”

When asked to share her favorite feature or function of PSP, Christina was quick to say, “The system’s email and template tools to automate the communication with our customers is great. Having the email template created and sent automatically has eliminated the need for the print staff to call people to pick up their orders or request proofing of their orders.”

Christina is currently in the process of implementing PSP Mail. Their mail department provides services to PLNU students, staff, faculty and residents surrounding the university. These services include shipping through USPS, UPS and FedEx, as well as regular and bulk mail.

If you are ever in San Diego you should take the time to drive up to PLNU to see the lovely campus and the amazing view. Make sure to stop by and say hello to Christina. You’ll be glad you did.