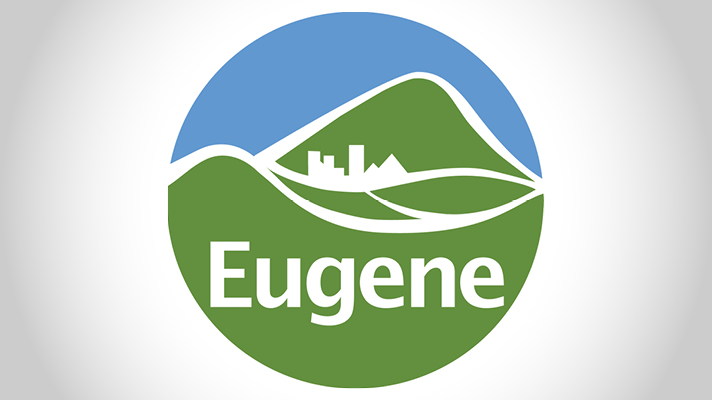 Home to more than 140,000 people, City of Eugene is the State of Oregon’s second largest city, next to Portland. It covers approximately 41.5 square miles, with the Willamette River running through the heart of the city and the McKenzie River joining the Willamette to the north of town.

Eugene is home to the University of Oregon and Lane Community College. The city is also noted for its natural environment, recreational opportunities (especially bicycling, running/jogging, rafting, and kayaking), and focus on the arts. Eugene’s official slogan is “A Great City for the Arts and Outdoors.” It is also referred to as the “Emerald City” and as “Track Town, USA.” Nike Corporation had its beginnings in Eugene and in the year 2021, the city will host the 18th Track and Field World Championships.

City of Eugene originally purchased Print Shop Pro® in March of 2006. Kevin Prociw, Print Services Manager, is responsible for coordinating print services for all city departments. Kevin has been an employee of Eugene for about 15 years. He shared, “I started working for the City of Eugene as a Systems Analyst. My role evolved over the years and I’ve been a Project Manager and I was
also a Web Developer where I was responsible for keeping Eugene’s external and internal websites online.” When a supervisory position opened up in the print shop 3 years ago, Kevin was asked to take on the position.

When asked about challenges his shop faces Kevin added, “Over the years, and in line with the city’s environmental sustainability goals, more and more paper jobs became digital. Printing in the department decreased, but we still had a lot of expensive equipment on hand. Several team members in the department retired and the decision was made not to fill the positions.” Kevin continued, “Where our story gets interesting is about 3 years ago right before I came on in the print shop, the department was on the chopping block. The print shop had been operating in the red for a number of years, and the current operating practice was not sustainable.

Key decision makers still felt that the printing program in Eugene still had value and the print shop was given the directive to re-envision how service was provided to the
customers. Kevin explained, “We didn’t want to do more of the same so we decided to relaunch and rebrand the department. We changed our name from Document and Distribution Services to Print Services. We believe the new name made it clear what the department offers. We also relocated from 5,000 square feet to a smaller space with 1 dedicated Ricoh 5100 digital machine. That machine handles 80% of all print for the City. The other 20% of jobs that we can’t do on that machine, we send out to other local vendors. One of our key partnerships is with Springfield School District which is another PSP customer. The shop, run by Doug Darling, is awesome! We’re able to give them extra work and bolster their bottom line and they provide services the City of Eugene can’t do in house.” Kevin continued, “This partnership works out great. We have a user account which provides us direct access to their PSP site. We’re able to enter our jobs in a system that we’re already familiar with and our requests go directly into their production queue seamlessly.”

Kevin went into detail on their strategy for rebranding the department. He explained, “We had a team member in marketing within the city who really did a good job and helped with rebranding us. We implemented programs to increase awareness which involved some email and print marketing to city customers. We also held customer meetings and took surveys beforehand to understand and address gaps in the services we were offering. Finally, we held a Relaunch Event with cookies and coffee and we did several presentations marketing the shop, which put us on a positive trajectory. In addition, we created documentation on the use of our PSP system for online ordering and placed that on our internal Sharepoint site and also placed a link to it on our PSP homepage.”

We asked Kevin if the rebrand was effective and he answered, “You know… there is a mandate in place by the City Manager that all printing be directed to our shop, but no one enforces it. In the midst of everything, we evaluated if we wanted to enforce the rule or make it so customers don’t want to go anywhere else. We have chosen to do the latter. The rebrand has definitely helped. Our department isn’t quite in the black yet, but we’re getting closer to break even which should happen this year.” Kevin also shared, “PSP has also played a major role in our successful relaunch. Before the rebranding, Eugene was using an outdated version of PSP which was deployed on premises. Customers complained it wasn’t up to date and we decided to also evaluate other solutions for managing our workflow. We evaluated several solutions and also met with the edu Team to review the current version of PSP. In reviewing the recent enhancements to the system we felt the updates achieved everything we wanted in a system and more. We ultimately decided to stay with PSP and move to the updated version. PSP was already familiar to our print staff and customers and with the recent enhancements to PSP, the decision was a no brainer. We also decided to make the transition to a hosted PSP so we get all of the system updates without having to involve our IT staff and we ensure we’re always on the latest version.”

When asked about the one feature of PSP that has most impacted Eugene’s production workflow Kevin shared, “It would be the ability to guide the customers through placing their orders using PSP’s order categories. We’re able to customize our order forms enough that they work in a way that is easy for customers to understand. When our customers place a print order they start in the appropriate order category for the type of job they want (brochure, business cards, etc.) We have pre-configured the categories with the appropriate finishing and binding options so our customers don’t have to select them. They simply enter the quantity they want, select the appropriate account for billing and the due date. We take care of all of the other details. For example, we know a booklet is going to be stapled so this option is automatically selected for the customer. We don’t show binding options or staples for our poster category. This way customers don’t see options not related to the category they have selected and they enjoy an easier User experience.”

When asked if there was anything else he’d like to share, Kevin added, “edu’s support is great. Chuck and Jeff are awesome, and we love those guys! We just updated our accounting system and had to update and discontinue a slew of our account numbers in PSP. We also had edu basically build a complete clone of our site so that we could test the updates to our accounting system. The support during this major project was excellent.”

Eugene does not handle large mailings in house. Kevin shared, “We only do a few large mailings each year and it doesn’t justify the expense of bringing in mailing equipment. However, a major challenge we face is coordinating bulk mailings for things like voter pamphlets for special elections.” Kevin commented, “Because we just coordinate the job and don’t actually handle the mailing, there is sometimes confusion about what funds are coming out of the bulk mail account. Because this isn’t controlled by Print Services we may get an order in, but if there isn’t any money in the bulk mail account the City won’t send the job. We’re considering getting our own bulk mail account, but any ideas from other City customers who are outsourcing mailing are welcomed on how to better handle this.”

Outside of print Kevin is active in politics. In fact, he was a mayoral candidate for the City of Eugene. He is active in his community. In addition, Kevin has a 19 year old autistic son who he loves to spend time with. Kevin is also a proud father to a 21 year old daughter who was recently married and also lives in the neighboring town of Springfield. Kevin models railroading and shares this passion with his son. Kevin and his son also enjoy train chasing on occasion. Kevin shared, “There are a couple of areas in town where the Amtrak runs. We sit and wait in a particular area of town and take video as the train passes. Once it’s passed, we like to jump in our car and chase after it.”

edu is honored to have City of Eugene “on board” as satisfied PSP customers and we look forward to providing continued support as their needs evolve in the future!